Birds of the Mojave Desert have some unique resemblance. The Mojave Desert is located in the southwestern part of the United States, where it is composed of California, Utah, Nevada, and parts of Arizona. The desert is the epicenter of wildlife, including birds. Many species of birds spend their time in the Mojave Desert – some during migration and others full-time.

The birds in the Mojave Desert are as unique and colorful as the homesteaders that once staked their claim in this arid land. Regal golden eagles soar in the cobalt desert sky, while a black-crowned night heron preens along the shoreline of Lake Tuendae at Zzyzx. A covey of quail scurry through a desert wash, which, to author Robert Bateman, resemble “ornately costumed Victorian at a banquet.”

The character of these birds contradicts the age-old view of the desert as lifeless. They find ingenious ways of escaping the searing summer heat and staying insulated against the bitter winter cold.

The Gambel’s quail has a body temperature of 107 degrees so it can continue to release heat until the ambient air reacts to the same temperature. While this keeps quails from overheating, owls use gular fluttering as a natural cooling system. Owls flap loose skin under their throat. This moves the air over their mouth cavities.

Along with adaptations for keeping cool, birds’ ability to fly lifts them to higher elevations. This provides them with an aerial view of natural water sources at desert springs and seeps, as well as at tanks and wells.

Biologists believe that for birds, changes in vegetation from upland to riparian are a visual cue for spotting sources of water. Year-round residents learn from their parents where forage and water sources are located.

While some birds glide high above the landscape, others, like roadrunners, stay close to the ground. The roadrunner uses its zygodactyl feet to run upwards of fifteen miles per hour.

Although you should not see a coyote chasing it, as the famous cartoon would have you believe, you may see a lizard or rattlesnake dangling from its beak.

Their featherless scaly legs, an attribute that they share with thrashers and quail, help release heat into the atmosphere. During cold nights, roadrunners enter a state of torpor, slowing their metabolism down to a snail’s pace. In the mornings they turn their backs toward the sun, exposing their black pigmented skin which absorbs heat.

Much smaller than the roadrunner, the Loggerhead shrike also dines on lizards and pursues its prey with equal vigor. Its method of capturing lizards seems unusually violent and has even earned its nickname “butcher bird.”

This black-masked predator with its gray cap catches lizards with its sharp beak and then proceeds to impale them on a thorn or barbed wire fence. Male shrikes give the term “a good provider” a whole new meaning, impaling more lizards than they can eat to attract potential female mates.

Shrikes are crafty in using their environment to capture prey, while ravens use their resources in very clever ways. Perhaps Edgar Allan Poe saw his countenance when he described it in The Raven, “and his eyes are all watching a demon’s dreaming,” for these birds use their beaks as scissors and fashion hooks from stiff twigs and rakes. , dead leaves.

They carry these tools in their beak, from one place to the next, reusing them if needed. Raven populations have exploded in the Mojave Desert due to an increase in development – you’ll see them at most every dumpster. This is bad news for tortoises. Ravens have been teaching their young to feed on tortoise hatchlings.

Ravens are scavengers and share that trait with turkey vultures. Perceived as unattractive according to the beauty of societal conventions, the turkey vultures’ bald heads are extremely practical for feeding on dead carrion.

Having a featherless head prevents vultures from contracting diseases and also helps to dissipate heat. Along with a bald head, turkey vultures get relief from the heat in a unique way. They urinate on their chicken-like legs which absorb waste and provide a source of evaporative cooling. 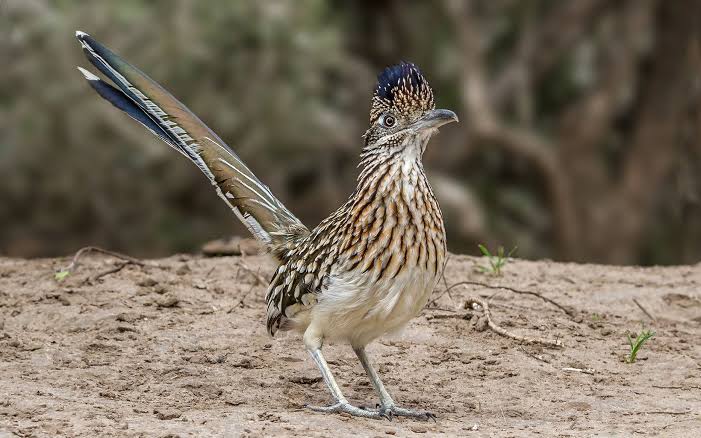 Although some people may view the desert as devoid of life, for many birds, it is their lifeblood. The next time you’re in the Mojave, pull over and scan the surrounding desert with your eyes and ears. Watch for a great-horned owl perched on a Joshua tree. Listen for a guttural “kerr” of hawk or a raucous call of a jay. The Mojave Desert is truly for the birds.

They usually grow to 10 inches in length. Le Conte’s threshers have a secret nature and are generally hard to find as a result. They practice in the often open and windy settings of the Mojave Desert.

Bendire Thrashers (Toxostoma bendieri) live not only in the southwestern United States, but also in the northwest of Mexico. The California population of the Thrashers of Bendair is in the Moose Way Desert, a lush habitat with many tall plants. Birds in this ruthless brown-gray song are notable for their smooth trail. They usually reach a mature length of 9 to 11 inches.

Scott’s Orioles (Icterus paricerium) is apparently striking songbirds that are commonly found near the Joshua tree in the Mojave Desert. Adult Scott Orioles usually grow somewhere between 7.5 and 8.25 inches tall.

The male plumage is an attractive combination of jet black and clear yellow. The feathers of the girls are a fusion of pale green-yellow and black-brown. Birds are bred in the United States and move to the south during the winter months of the year.

Old owls (Athena cunicularia) are notable for their small size – their usually adult lengths range from anywhere. About 10 inches with their names indicating that they actually spend a lot of time in the underground retreat.

The owl’s feathers are a mixture of white and brown elements. They are highly attracted to the dry settings of the tree. They can be easily adjusted to a variety of accommodations, and as a result are often seen far away from people in cemeteries, parking lots, and college campuses.

The Hummingbirds of Costa

Coaster hummingbirds (on the Calpit Coast) reproduce both in the Mojave and in the Sonoran Desert. The upper plumage of this dead bird is green. When winter rolled around, the coaster hummingbirds headed south to northern Mexico.