The Chestnut teal, scientific name Anas castanea is a dabbling duck present in Australia. It is protected under the National Parks and Wildlife Act 1974.

The chestnut teal is a small Australian duck that’s often seen in New Zealand. It is sexually dimorphic, with breeding males having comparable plumage to male brown teal, and females trying very like gray teal. Most New Zealand sightings have been at coastal wetlands, significantly Manawatu Estuary.

The chestnut teal is darker and a barely greater bird than the gray teal.

The chestnut teal has a disjunct distribution in Australia, occurring in southeast Australia and Tasmania, and within the south-western corner of Western Australia.

Chestnut teal is vagrant to elsewhere in Australia, New Guinea, Lord Howe Island, and New Zealand. It is most frequently discovered within the lower reaches of rivers and in estuaries, and coastal lagoons and wetlands. 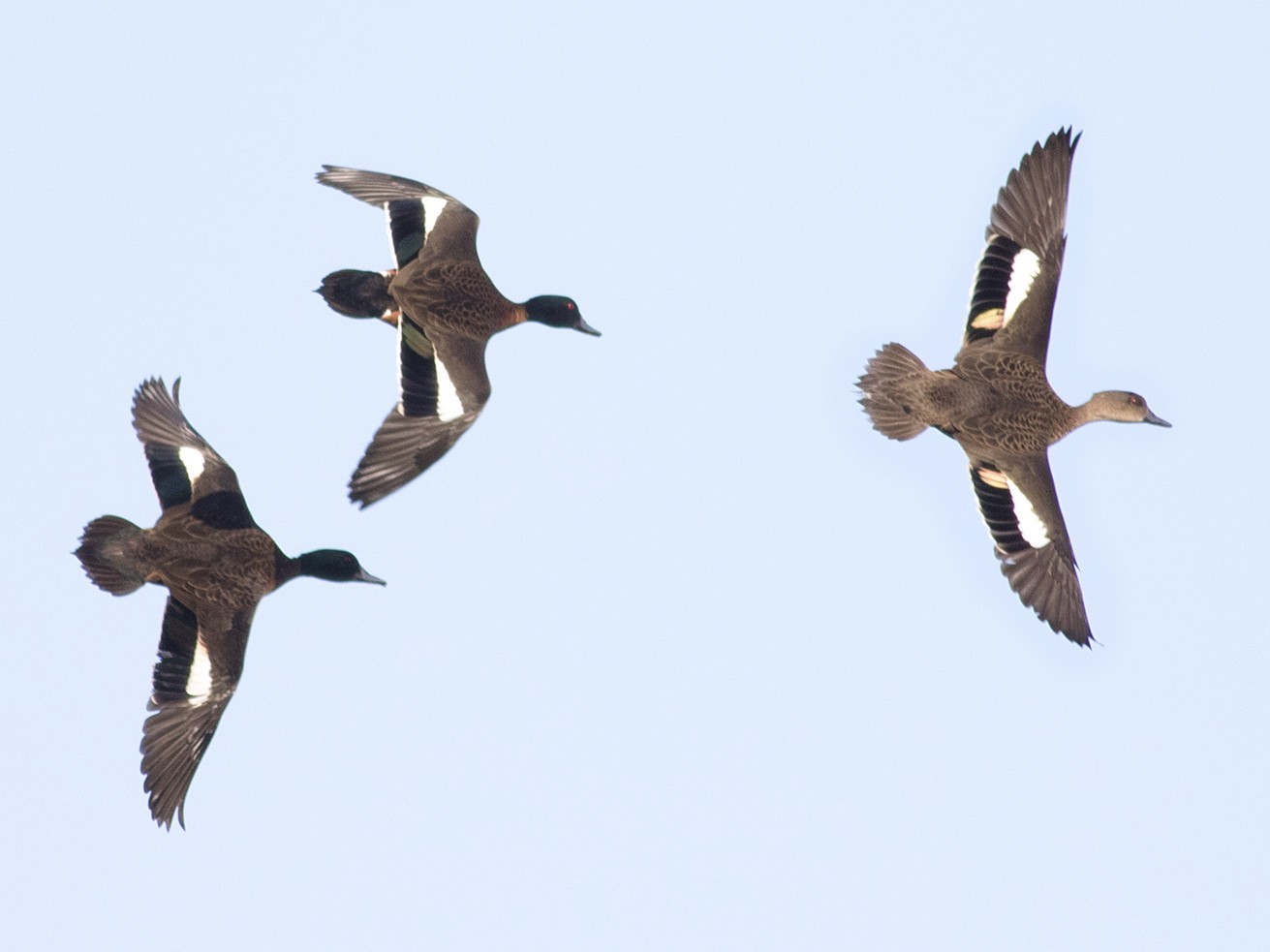 Female and 6 ducklings, together with 2 albinos (Tasmania)

The chestnut teal is often distributed in south-eastern and south-western Australia, whereas vagrants could happen elsewhere.

Tasmania and southern Victoria are the species’ stronghold, whereas vagrants have been discovered as far north as New Guinea and Lord Howe Island, and as far south as New Zealand.

The chestnut teal prefers coastal estuaries and wetlands and is detached from salinity. This bird is an omnivore.

Chestnut teal sexes differ in plumage and size. The male is a small darkish duck with a green head and contrasting red-eye, and chestnut flanks, breast, and stomach with an outstanding white patch on the base of the tail.

The feminine is smaller and uniformly brownish-grey, similar to the gray teal however with a darkish face and throat, and red-eye. The bill of each sex is slate-grey.

In-flight, the higher wing of each sex has a green speculum bordered by white stripes, the anterior one being broader and virtually triangle-shaped. Their underwings are darkish with a conspicuous white triangle. 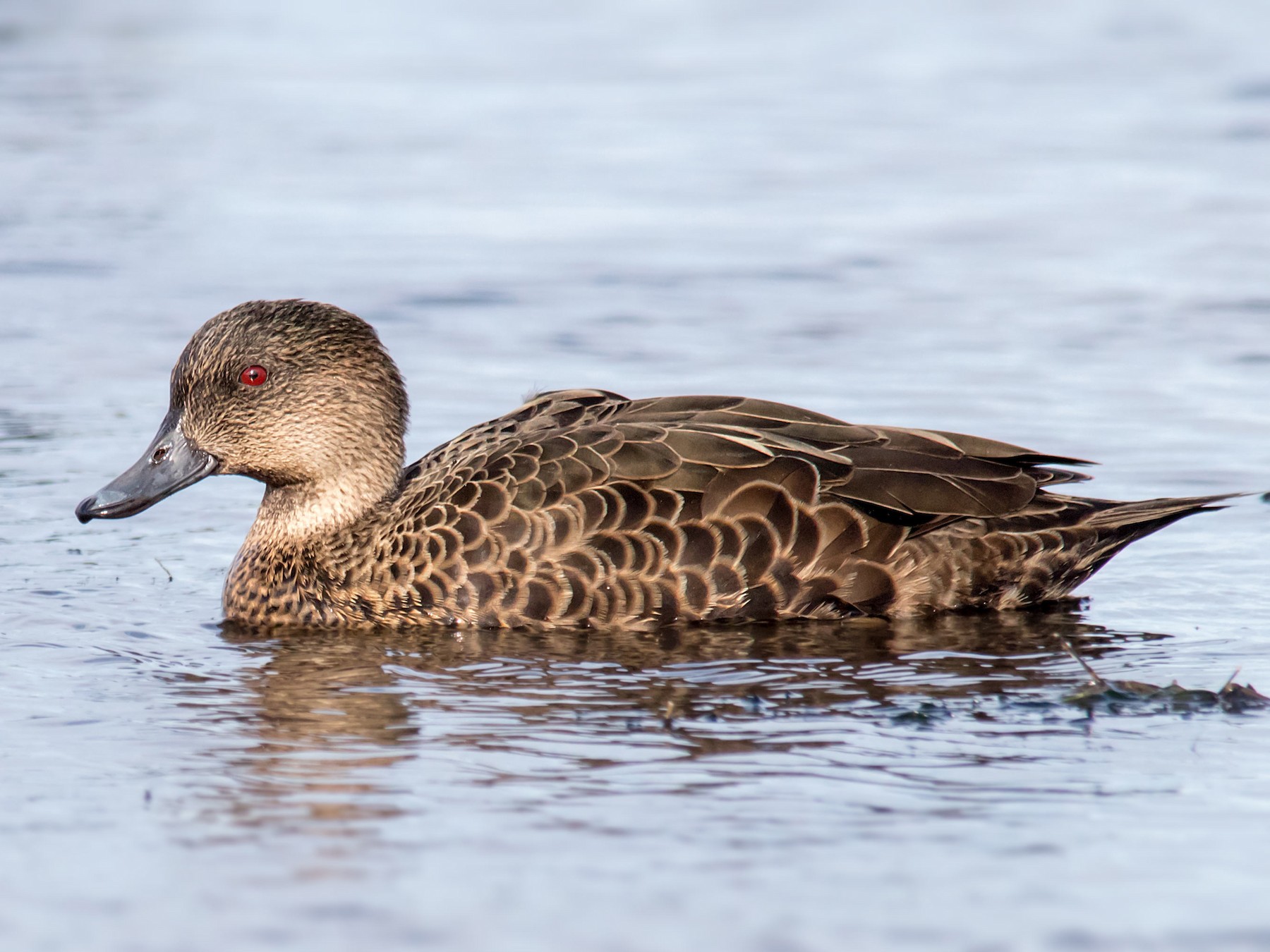 Similar to gray teal. The predominant calls are the feminine’s high-pitched decrescendo quacking, and the male’s whistle-like “burp”.

The chestnut teal is much like three different small duck species that can be widespread on mainland New Zealand: Australasian shoveler, gray teal, and brown teal.

Immatures and females are much like gray teal, however are darker and lack a pale throat. The male is much like the shoveler in having a conspicuous white flank patch, however has a green (not blue-grey) head, and darkish (not white) underwing.

The chestnut teal differs from brown teal in having a red (not black) eye, a prominent white triangle on the higher wing, usually brighter chestnut underparts, and a more conspicuously iridescent green head.

Chestnut teal is encountered in pairs through the breeding season, in any other case in small or massive flocks. They are more sedentary than gray teal, and individual actions are usually restricted to dispersal from breeding sites to native communal flock and feeding sites.

Chestnut teals kind of monogamous pairs that keep collectively outside the breeding season, defend the nest site, and take care of the younger when hatched.

Nests are normally positioned over water, in a down-lined tree hole about 6–10 m high. Sometimes nests are positioned on the ground, amongst clumps of grass close to water. The younger hatch and are able to swim and stroll inside a day.

Pair bonds could also be maintained year-round. Pairs are effectively dispersed and territorial for breeding from September to December. Nests are normally in tree holes, and chestnut teal takes readily to artificial nest packing containers.

Clutches of 7-10 eggs are most common however egg dumping additionally happens. Incubation is by the feminine solely, however, each parent guard the ducklings for 50-60 days. Occasionally females lay a second clutch before fledging and dispersal of the first brood.