Birds are social creatures who communicate with each other through visual cues, cries, and songs, as well as cooperative breeding and hunting, flocking, and predator mobbing.

The great majority of bird species are monogamous socially (but not necessarily sexually), generally for one mating season at a time, occasionally for years, but rarely for life.

Eggs are generally placed in a nest by the parents and nurtured by them. After hatching, most birds are cared about by their parents for a long time. Francis Willughby and John Ray published Ornithologiae in 1676, which was the first book to classify birds. In 1758, Carl Linnaeus adapted his work to create the present taxonomic categorization system.

In Linnaean taxonomy, birds are classified as the biological class Aves. Aves belongs to the dinosaur group Theropoda, according to phylogenetic classification.

1. A raven flock is referred to as an “unkindness” or a “conspiracy.”

2. The Esmeraldas Woodstar is one of the world’s tiniest and rarest hummingbirds, reaching just 212 inches in length. It was assumed to be extinct until 1990 when it was recovered after being missing since 1912.

4. On Apple’s iPhone, the game Angry Birds has sold over 7 million copies. The game was created by a four-person team. It took almost 8 months to complete since it was such a low priority for the firm.

5. Though the name “eagle-eyed” indicates that eagles have excellent eyesight, only the Wedge-tailed Eagle can see 212 times better than humans. Kestrels and falcons have similar vision abilities to humans.

6. Since 1988, around 200 people have died in aerial collisions between planes and birds. Each year, bird attacks cost $300 million in aircraft damage. The first documented bird strike occurred in 1905, when Orville Wright’s plane collided with a bird, killing it.

7. The mockingbird is a symbol of innocence in Harper Lee’s novel To Kill a Mockingbird (1960).

8. According to a 2008 Fish and Wildlife research, wind farms kill over 500,000 birds each year in the United States. Every year, about 10,000 birds are killed at the wind farm at Altamont Pass, CA, virtually all of which are protected by migratory bird acts.

9. The Archaeopteryx is the oldest known bird. It existed 150 million years ago, during the Jurassic era. Scientists are unsure if it could fly because it lacked the essential characteristics of flight.

10. The stomach acid of vultures is 10 to 100 times greater than that of humans. Vultures’ stomach acid is sufficiently caustic that it may digest anthrax-infected corpses.

11. The Island Rail is the tiniest flightless bird. This small bird, which lives on the remote Atlantic Ocean island of Tristan da Cunha, is just 5″ long, approximately the same size as a hen chick.

12. Many experts think that birds descended from dinosaurs around 150 million years ago during the Mesozoic Era.

13. Owls’ eyes are unable to swivel. Rather, they turn their heads completely around to see directly behind them. Except for Antarctica, they can be found on every continent. Their wings have soft fringes that make their flying almost quiet.

15. Not all birds have hollow bones in the same way. Water-diving birds, such as gannets, terns, and kingfishers, and fast-flying species, such as swifts, have less air in their long bones than other birds.

17. Both the Spine-tailed Swift and the Red-breasted Merganser have recorded the quickest level flight by a bird (a duck). In level flight, they reached speeds of 100 mph (161 kph).

18. The Cassowary is the most deadly bird on the planet. It can kill its opponent with a single kick, interesting bird facts.

19. When danger approaches, ostriches do not bury their heads in the sand. If they wish to conceal, they have been spotted lying on the ground with their long neck stretched out flat.

20. Birds don’t lose too much heat when standing on the ice because a unique arrangement of blood capillaries cools the blood flowing out to the feet and heats the blood returning back. 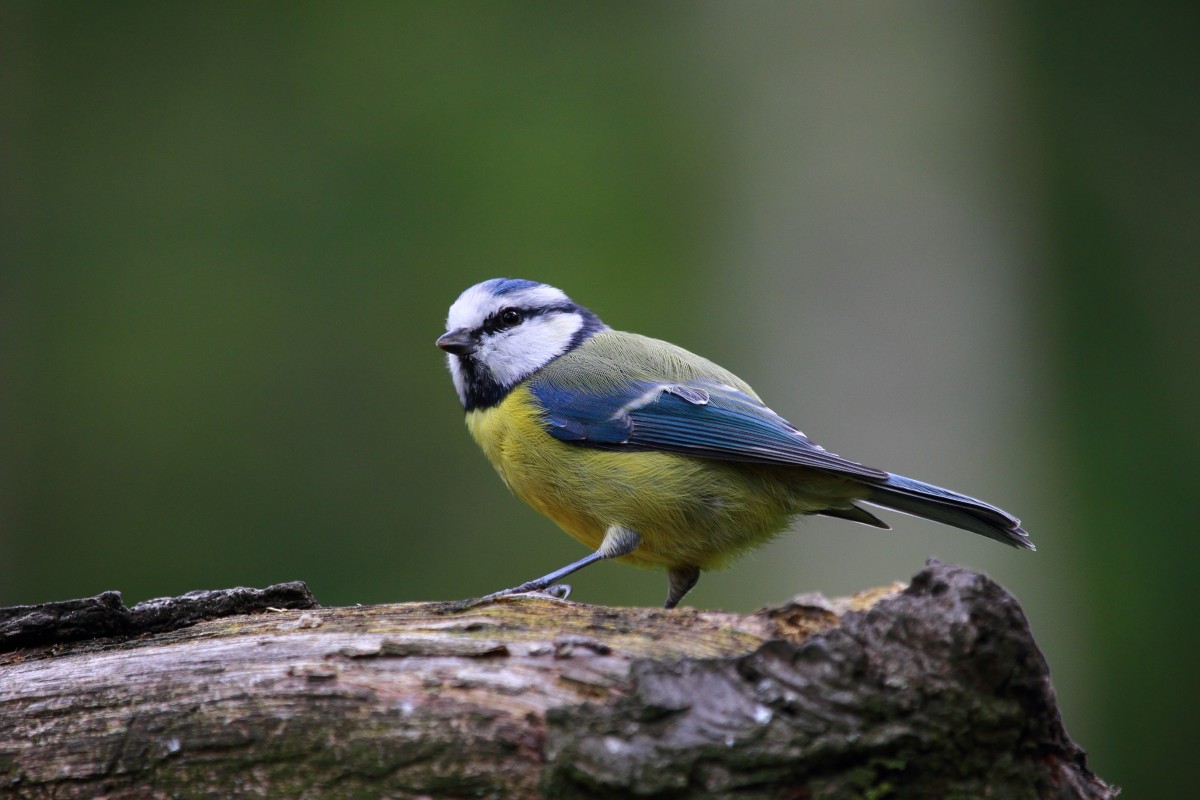 21. The nests of the Bee and Vervain Hummingbirds are the tiniest of all birds, measuring 3/4″ wide and 1.2″ deep, interesting bird facts.

22. The Emperor Penguin is the only bird in the world that lays eggs in the dead of winter. It gives its offspring a head start by depositing its eggs so early. The babies must grow large enough to survive the next winter throughout the spring, summer, and fall.

23. Oilbirds feed on oil palm fruits, which make them oily as well. People who lived near the caverns where the oilbirds dwelt used to catch them and cook them for oil.

25. Canaries were commonly employed by coal miners to detect dangerous amounts of carbon monoxide gas. The miners understood that if the canary died, they would be in danger as well. This is where the phrase “Canary in a Coalmine” comes from.

26. The flightless elephant bird, which is now extinct, was the largest bird that ever existed on Earth. It weighed in at around 1000 pounds (450 kg.). One elephant bird’s egg could fit seven ostrich eggs. Elephant birds went off 400 years ago, but fragments of their tough-shelled eggs can still be found.

27. The longest yearly migration of any bird is that of Arctic terns. They fly from the Arctic to the Antarctic and return, covering a distance of 25,000 miles (40,000 meters).

28. Weaverbirds dwell in massive communal nests that resemble a giant haystack stretched across a treetop. Some nests can weigh several tons, house over 400 birds, and be over 100 years old.

29. The form of a bird’s beak is closely connected to the sort of cuisine it consumes in the wild, interesting bird facts.

30. Other than birds, no other living creature has feathers. The major purpose is to assist them in flying. They help protect birds from UV radiation and other hazardous factors by waterproofing them.

31. The bat is the only animal that can fly. It does, however, fly differently than the bird. Insects do not fly in the same way that birds do.

32. The name “bald” comes from the fact that a Bald Eagle is piebald (black and white), not because it lacks feathers.

33. Eleven percent of the world’s bird species are threatened with extinction. The major sources of harm are the draining of wetlands and the cutting of forests, although pollution and pesticides also play a role.

34. The term “swan” comes from the Indo-European root *swen, which means “to sing” or “to sound.”

36. Only oilbirds and bats utilize echolocation in the same way as bats do. Bats, on the other hand, are considerably better at it. A bat may even fly between a whirling fan’s blades. Oilbirds are also the world’s only night fruit-eating birds.

37. Each wing of a bird has three fingers. The first, the thumb, supports the alula, a tiny portion of the wing (a.k.a bastard wing). The primary flying feathers are supported by the second and third fingers.

38. More than 80 distinct species can be imitated by the marsh warbler. Mockingbirds and lyrebirds are two more well-known mimics.

39. Winter is detected by birds via 1) changes in hormones that lead them to gain weight, 2) the lengthening of the day, and 3) the detection of tiny changes in air pressure, which is essential in forecasting weather changes.

40. The kiwi is the only bird having nostrils at the end of its beak. This position allows it to sniff for food on the ground, such as worms and insects. To clean its nostrils, it often snorts.

41. Without flapping its wings, an albatross may soar for up to six hours, interesting bird facts.

42. The Kori Bustard, which may be found in East and South Africa, is the heaviest bird in the sky. It weighs around 31 pounds (14 kilograms), with the biggest one being 40 pounds (18 kg.). It only flies in emergencies and over short distances because flying is such a difficult task.

43. The beta-carotene in their crustacean and plankton diet gives the flamingos their pink hue.

44. Flamingos stay together for the rest of their lives. Some couples have been together for 50 years or more.

45. The fastest swimming birds are Gentoo Penguins, which can reach speeds of 22 mph (36 kph). Emperor Penguins have the ability to stay submerged for up to 18 minutes.

46. Echelons are migratory birds’ linear flying formations, with the most frequent forms being the “V” and “J.” A genuine V-shaped formation is actually less common than a J-shaped structure. Birds fly in formation for a variety of reasons, including energy conservation and the facilitation of direction and communication among the birds.

47. To hover in front of a flower, a Ruby-throated Hummingbird, which weighs less than 0.2 oz., must beat its wings more than 52 times every second.

48. The form of a bird’s wings is what maintains it in the air. When they developed the boomerang, Australian Aborigines were the first to learn how birds remain aloft.

49. A woodpecker, unlike most other birds, will bang its beak against a tree. The sound of the drumming can help other woodpeckers figure out which bird it is.

50. Birds have two, three, or four toes on average. A typical perching bird has three wing feathers facing forward and one wing feather pointing back. Birds that run on the firm ground only have three legs, all of which point forward. Ostriches have only two toes, which are fashioned like an antelope’s hoof.