There are many fun facts about birds you must be astonished to know about. Birds are the only known living dinosaurs and are feathered theropod dinosaurs. Birds, too, are reptiles in the contemporary cladistic meaning of the term, with crocodilians as their closest living cousins.In this article, I will share many more fun facts about birds like this!

Birds are descended from prehistoric avialans (including Archaeopteryx), which first emerged in China around 160 million years ago (mya).

Modern birds (Neornithes) originated in the Middle to Late Cretaceous, according to DNA evidence, and diversified rapidly around the time of the Cretaceous–Paleogene extinction catastrophe 66 million years ago, which wiped out all non-avian dinosaurs.

Domesticated and undomesticated birds are major sources of eggs, meat, and feathers, and many species of birds are commercially important as food for human consumption and raw material in the industry.

As pets, songbirds, parrots, and other species are quite popular. Bird feces (guano) is gathered and used as a fertilizer. Birds have an important role in human civilization.

Since the 17th century, some 120 to 130 species have been extinct as a result of human activities, with hundreds more before that. Around 1,200 bird species are threatened by human activities, however, attempts are ongoing to conserve them. The ecotourism business relies heavily on recreational birding.

2. The red-billed Quelea is the most common wild bird on the planet, with an estimated adult breeding population of 1.5 billion pairs. It is primarily found in Sub-Saharan Africa, and a single flock can contain thousands of birds. The chicken is the most prevalent non-wild bird.

3. The beta-carotene in their crustacean and plankton diet gives the flamingos their pink hue.

4. Flamingos stay together for the rest of their lives. Some couples have been together for 50 years or more.

5. Fieldfare birds have a unique method of attacking an opposing bird. They surround it and force it to fall to the ground. The Fieldfares then take to the air and defecate on the bird.

6. The ostrich lays the world’s largest egg. It is 7″ x 5″ in size and weighs 3 pounds. The kiwi, on the other hand, lays the largest egg for the size of the mother, which is a third of the bird’s weight. It is 5″ long and weighs up to 1 pound. This is the equivalent of an ostrich laying a 40-kilogram (88-pound) egg.

7. A woodpecker’s tongue can be up to 4″ long, depending on the species. It stores its long tongue by folding it up and inserting it into a specific hole on the back of its neck, where it may be sandwiched between the skull and the skin.

8. The seagulls in Alfred Hitchcock’s 1963 film The Birds were fed a combination of wheat and whiskey to keep them from flying too much.

9. The excrement of the Fieldfare bird can kill an enemy bird.

11. The Malleefowl is known for building a massive compost pile to use as a nest. The heat emitted by the decaying foliage incubates its eggs.

12. Cats kill between 1.4 billion and 3.7 billion birds each year in the continental United States alone.

13. The scene in The Birds (1963) where actress Tippi Hedren is assaulted took a week to film. The birds were tied to her garments by lengthy nylon threads so they could not fly away.

14. Birds play a significant role in many origin stories. Birds are also frequently connected with the soul’s journey after death or as intermediaries between the living and the dead. They can also take on the roles of oracles and tricksters.

15. The Sooty Tern is the bird that spends the most time in the air. It takes off over the sea and flies for at least three years without touching down on land or water. Swifts spend most of their life in the air as well. They can even sleep in the air by gliding with their wings extended on air currents.

16. When birds sleep, their toes instinctively tighten around the twig they’re standing on, preventing them from falling off. The birds may sleep without fear of falling since the gripping motion is performed by tendons rather than muscles.

17. Thousands of millions of passenger pigeons roamed North America prior to 1840. They were, however, killed for food until just one remained, Martha, a female. She died at a zoo in Ohio when she was 12 years old, in 1914. 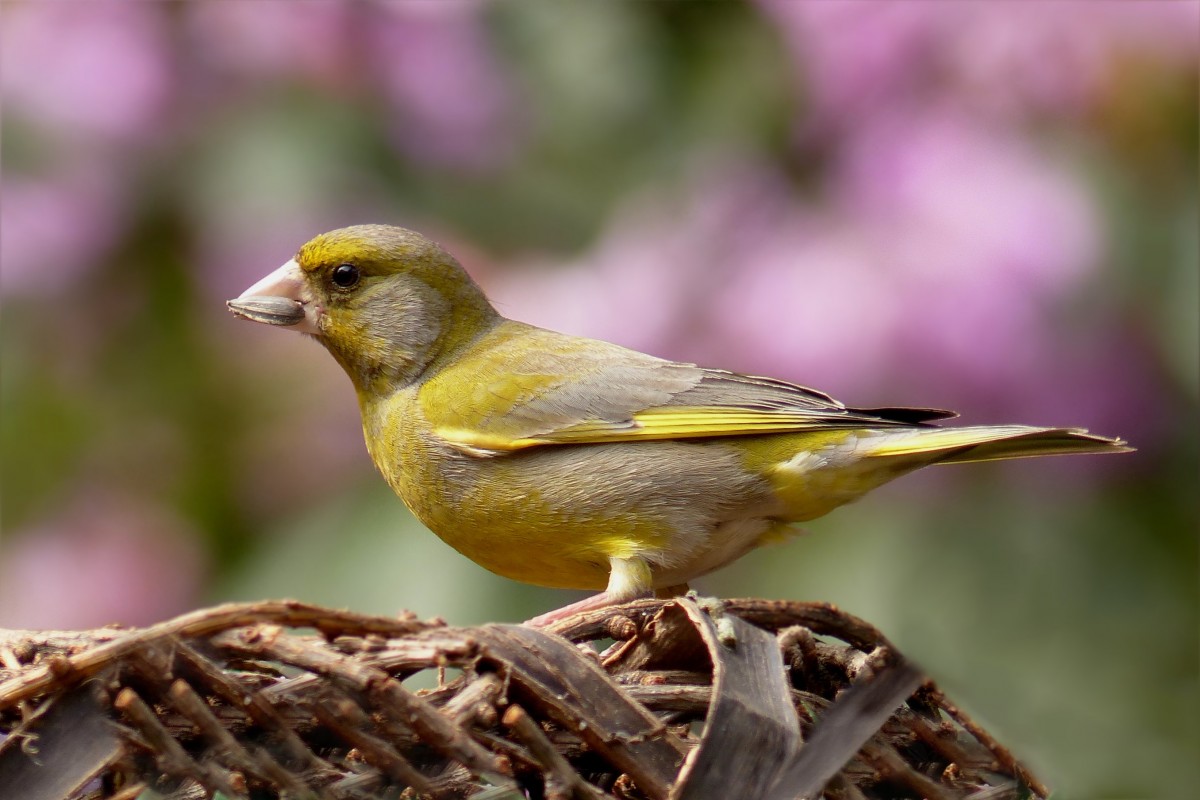 18. Since 1600, more than 150 species of birds have gone extinct, while many more may have died off that scientists are unaware of. It wasn’t simply European explorers who were responsible for the extinction of bird species. Archeology indicates that when people first arrived in Hawaii and other South Pacific and Caribbean islands in ancient times, they killed many birds that Europeans had never seen before.

20. The only bird with a beak longer than its body is the Sword-billed Hummingbird.

21. Crows are able to recognize and recall human faces, especially those associated with negative experiences. Crows can even express their resentment of a single individual with other crows.

22. A murder or congress is a bunch of crows. A parliament, wisdom, or study is a gathering of owls. Flamboyance is a collection of flamingos.

23. The Bald Eagle has the world’s biggest tree nest, spanning roughly 9.5 feet (2.9 meters) wide. The biggest nest ever discovered was over 10 feet in width and weighed nearly three tons.

24. Many ducks and woodcocks have their eyes on the sides of their heads, giving them a 360-degree range of view.

25. There are approximately 9,500 bird species on the planet. They’re usually divided into 30 groups by scientists. Birds are the most widely distributed creatures on the planet.

26. Poultry (birds reared for meat and eggs) is the most common source of protein consumed by humans.

27. A male Frigate bird would inflate his crimson neck pouch to entice a mate. The pouch can grow to be the size of a person’s head.

28. A surprisingly large number of birds have lost their ability to fly throughout time. Being flightless has several advantages. For example, a flightless bird doesn’t need to grow and carry big flight muscles or burn all the energy that flying needs. A flightless bird can also live in environments where food is limited by consuming less food.

29. The Albatross in The Rime of the Ancient Mariner, Archimedes in The Once and Future King, Chicken Little, Chanticleer in Chaucer’s Nun’s Priest’s Tale, Fawkes and Hedwig in Harry Potter, Mother Goose, Edgar Allen Poe’s “The Raven,” Owl in Winnie the Pooh, Thorondor (the king of the eagles) in J.R.R. Tolkien’s Lord of the Rings, and