From the 5.5 cm (2.2 in) bee hummingbird to the 2.8 m (9 ft 2 in) ostrich, birds may be found all over the world. There are around ten thousand extant species, with passerine (or “perching”) birds accounting for more than half of them. Birds have wings that grow differently depending on the species; the extinct moa and elephant birds are the only known groups without wings.

Wings, which developed from forelimbs, provided birds the capacity to fly, however, certain birds, such as ratites, penguins, and a variety of unique island species, have lost their ability to fly.

Birds’ stomach and respiratory systems are likewise specially designed for flying. Some aquatic bird species, notably seabirds and some waterbirds, have evolved to be capable of swimming.

1. Tropical rain forests are home to around two-thirds of all bird species.

2. Each wing of a hoatzin chick has two claws. They use their claws to cling to mangrove trees as they climb out of the nest. Once they reach adulthood, they shed their claws, but they remain poor fliers.

3. The lungs of birds are far more complex and efficient than those of mammals, such as humans, and they take up much more space. A human’s lungs make up roughly one-fifth of its body, whereas a bird’s make up one-fifth.

4. The Australian pelican possesses the world’s longest beak of any bird. Its length is about 2 feet (0.5 m). The sword-billed hummingbird is the only bird with a beak that is longer than its body, measuring 3.9 inches (10 cm).

5. While most male birds lack a penis, the Argentine Lake Duck’s penis may reach a length of 17 inches, the longest of any bird. The duck is just around 16 inches in height. The base of the penis is coated with coarse spines, while the tip is soft and brush-like, possibly to remove sperm that another suitor may have deposited in the female’s oviduct. The corkscrew-shaped penis retracts into the duck’s belly when not in use.

6. Approximately 75% of wild birds have a life span of less than a year. The bigger the bird, the longer it is expected to survive. For example, the big wandering albatross may live for up to 80 years.

8. Only hummingbirds have the ability to fly backward.

10. The pouch-like beak of a pelican can store up to 2.5 liters of water at once. Before the pelican eats its meal, the beak will contract to squeeze out the water. 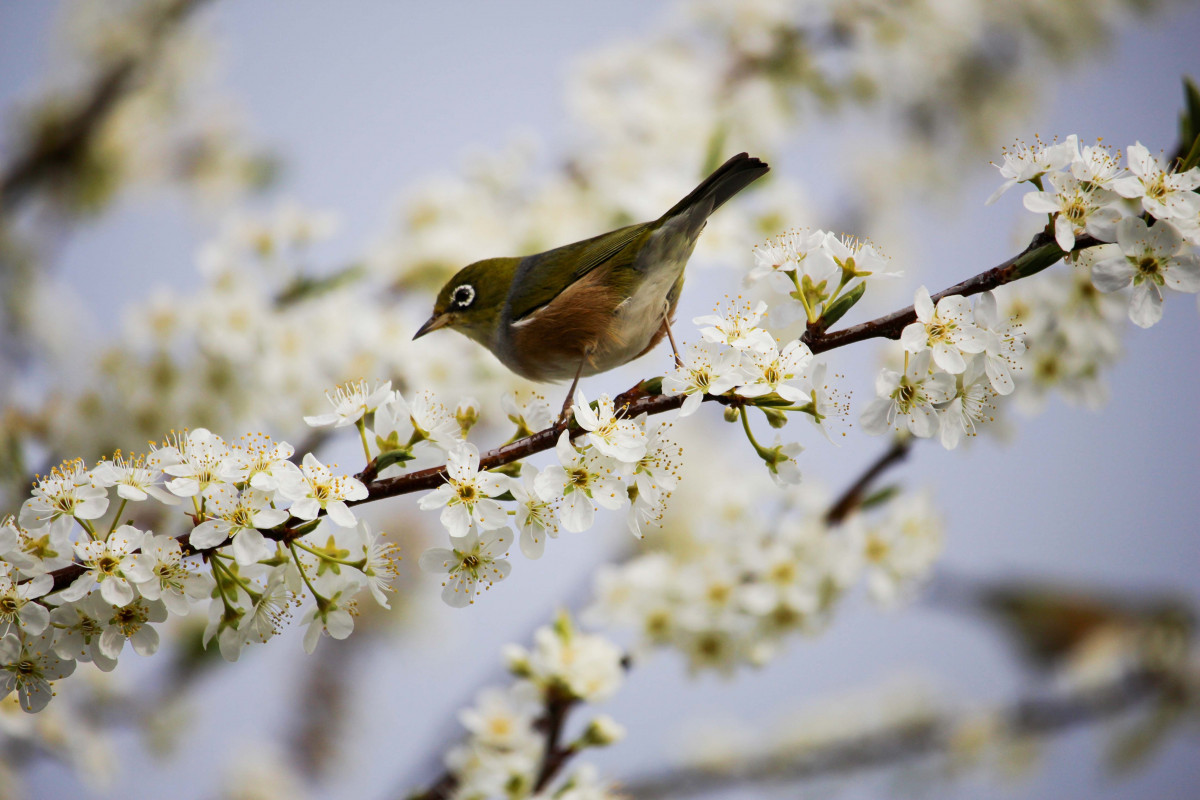 11. Falconry originated in eastern and central Asia around 4,000 years ago. Birds were utilized to kill animals that were beyond the range of a hunter’s weapon. According to legend, Genghis Khan had 10,000 falconers.

12. The American Woodcock is the slowest flying bird. It has a top speed of 5 mph (8 kph). Hummingbirds hover at a speed of 0 miles per hour. Hummingbirds are also the only birds capable of flying backward when powered, indicating a negative speed.

13. The Rufous Hummingbird is the tiniest of the migratory birds. It is smaller than 4 in. (9 cm) length and travels 3,800 miles round trip from Alaska to Mexico every year (6,400 km).

14. Birds are endangered by lighthouses. The beams attract birds, who are killed when they fly into the glass, especially in foggy situations.

16. Starlings, for example, sing notes that are beyond high for humans to hear.

17. Large bird babies are notorious for taking the longest to hatch. It takes 60 days for emu babies to hatch, for example. It just takes two weeks for little songbirds to mature.

19. The Japanese crested ibis is one of the world’s most endangered birds. Today, there are probably less than 50 crested ibises left.

20. The Lammergeyer vulture will soar with bones high in the air before dropping them against rocks. Like a circus sword swallower, it will then devour the broken bones.

21. On Earth, there are more imitation flamingos than real ones.

22. The lungs of birds are far more complex and efficient than those of mammals, such as humans, and they take up much more space. A human’s lungs make up roughly one-fifth of its body, whereas a bird’s make up one-fifth.

23. The Australian pelican possesses the world’s longest brak of any bird. Its length is about 2 feet (0.5 m). The sword-billed hummingbird is the only bird with a beak that is longer than its body, measuring 3.9 inches (10 cm).

24. The African gray parrot is the world’s most chatty bird. Over 800 words may be said by a single parrot. The majority of parrot species can only learn 50 words.

25. Some of the names for groups of birds are as follows: